Easywell Water Systems, Inc. was officially founded in June 1986 by Mr. Rodger LIN, a hardworking rural young man of resilience. Before that, Mr. LIN had opened Gao Yin International Ltd., a joint venture with Mr. Nicken Chen, a friend of his and all he dreamed that he was making money and having his living improved. 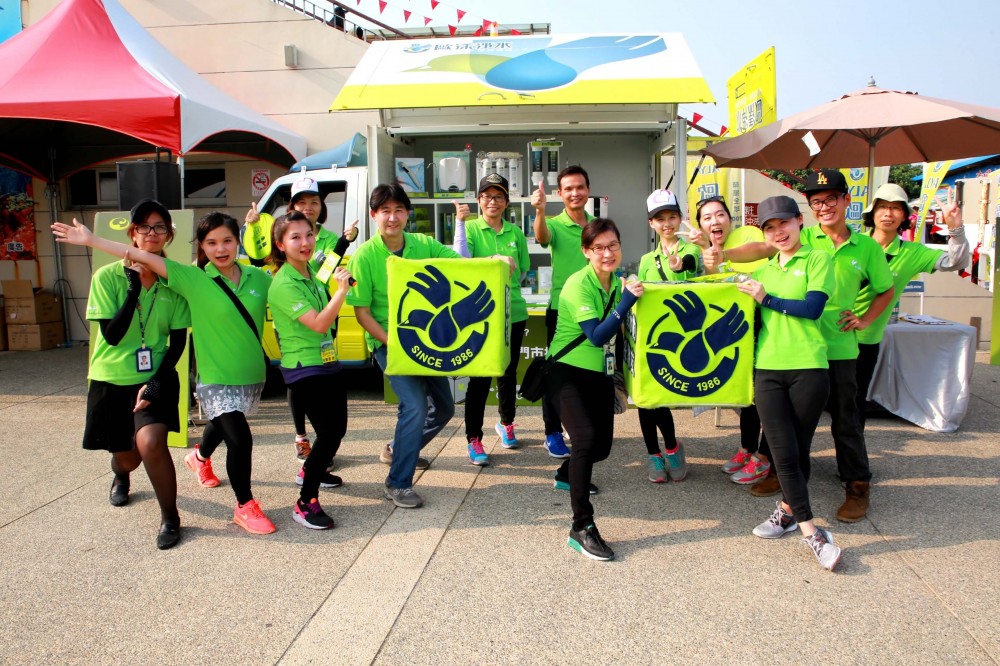 Unfortunately, Mr. Lin dropped out soon for troubled management of the business and spent the following years without a steady job. On invitation of Mr. Lin Hongyao, a younger brother of his, the two went home to develop Easywell Industrial Co., Ltd., which later became known as Easywell Water Systems, Inc.The company was founded at NT$500,000 and the business purchased second-hand Angle-valve-making machines from Jia Wang Co., Ltd. In Lugang, Zhanghwa. With help rendered by Mr. WANG Yangcun Jia Wang Co., Ltd. of and WANG's brother, Easywell Industrial Co., Ltd. saw profit in its first month of operation.Thanks to the good timing and a booming economy Taiwan experienced in the 1980s, while the island was active in export business and the land for the manufacturing plant  was provided for free for 4 years by Mr. LIN Jintang, Mr. Rodger's uncle, Easywell could be fully dedicated to its business without major concerns.In 1990, Easywell had its own land of 680 M2 for manufacturing, 2 years later in 1992, the business became confronted with an overwhelming competition waged by the manufacturing industries in Southeast Asian nations and Mainland China and sales of Angle valves withered. As everything seemed to doom the still young business, God reached out to the struggling Easywell, when Mr. Tony Special from Cuno Company in the U.S. invited Mr. LIN for a meeting at the WQA Show in Florida, U.S.A., an event that allowed the opportunity Easywell could not let go – the Angle valve began its application in the household water filter manufacturing treatment business and Easywell saw assistance rendered by Mr. Michael Chou from Gentle Wind International Corp. Sine the year easywell company started to product water drinking faucet, drain saddle valve,strainer, water diverter valve, feed water adaptor, drain saddle adaptor...etc.A few other people helped those years as well. To name a few were Mr. LIU Xiangqi from He Jia Co.,Ltd., who served as a counselor on business and management, also was Mr. CAI Fuzhong from Kouw Pinnq Enterprise Co ,Ltd., who introduced local accounts on a regular basis and not to forger  Mr. GE Changrong from Rotek Water System Co., Ltd. and finally Mr Zeng Ruizhen from AQ & Q Co., Ltd.,and Mr.Lin Liyang from Seven Star Ocean. who taught and transferred the RO water purification system technology for free, and Mr. Lin Jihui from Hopegood Scientific gave easywell assistance in resin bead membrane, a step in which made Easywell's business boom.As the LINs had the desire of expanding their business in 1992, the brothers had Easywell Industrial Co., Ltd. reorganized into 2 companies and Mr. Rodger became responsible for the operations of Easywell Water Systems, Inc., while Mr. Lin Hongyao founded Li Jiang Industry Ltd..As early as in 1993, Easywell had its operation procedures computerized as the company introduced ERP for a full-scale computerization in its business. In 1999, the company was founded in lack of manufacturing capacity and had to ask Mr. Lin Youying, an advisor from China Production Center for a 2-year counseling on flow process in its production line and after that, the company hired Mr. Jang Zengchang as counselor as of this day. Mr. LIN hereby extended his appreciation to all these gentlemen, indicated above, for their assistance to Easywell.After 11 hardworking years of austerity, Easywell received some credit from Mega International commercial Bank and bought the land of 7,600 M2 in 1997, which it owns as of this day. The construction worked for the new plant only began in 2000. Easywell believes only in doing what it is capable of doing and does not build new plants or expand its operations on loan. That is why it only expanded its office and manufacturing plant of 5,450 M2 in 2000.To be responsible to our customers, suppliers and employees, easywell insists on manufacturing unharmful water purification equipment.When we planed to develop a new product, our first concern is if the new product is unharmful to the human body and the environment. The efficiency and cost will be estimated only after we made sure the reliability of new products. Easywell was established in 1986.Although our growth was not fast in the past 30 years, we still insisted on doing business honestly and concentrating on our professional field. We continue investing over 5% of the turnover in R&D and employee training annually. We are confident we will do better and better in the competitive market. 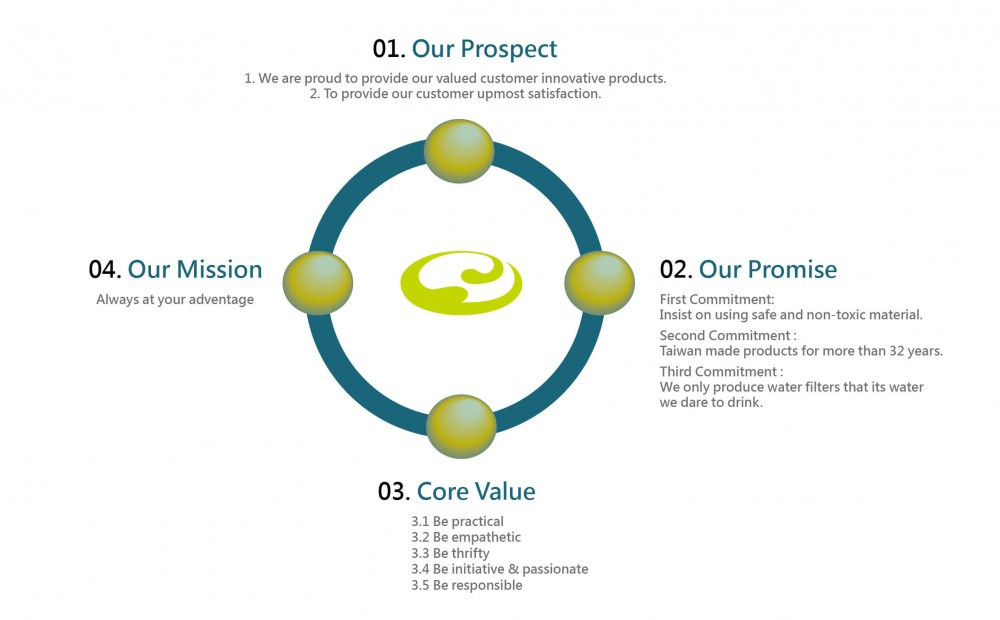 You still have an inquiry product that has not been sent yet. Are you sure you want to leave?